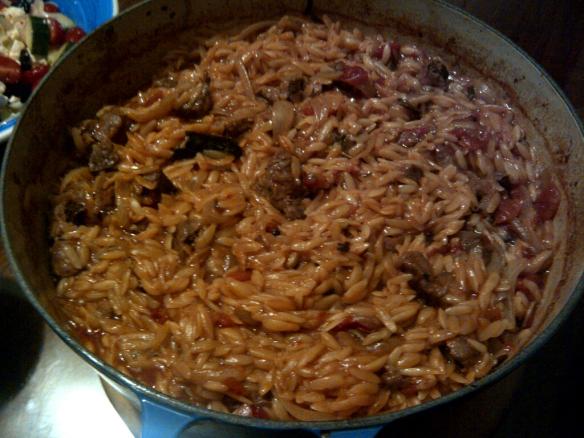 I love this dish, it takes a while to cook but doesn’t take that much time to prepare (if your lamb is already cubed). The slow cooking means cheaper cuts of meat can be used. The cinnamon with the lamb makes it distinctly Greek in flavour and it is more of a Greek home cooked meal than anything you will find in a Greek restaurant. I first came across orzo 20 years ago when a Greek friend Maria cooked dinner for us. It is small pieces of oval pasta almost shaped like large grains of rice and it works particularly well in casseroles like this. These days it is available in most large supermarkets in the UK.
I found this recipe @ http://www.bbcgoodfood.com/recipes/5846/greek-lamb-with-orzo
Quantities serve 6 generous portions
Ingredients